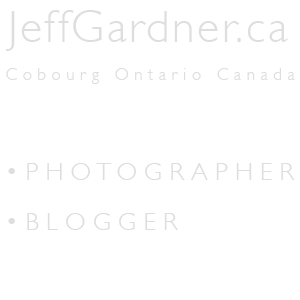 Why I am not switching to the Canon Mirrorless (EOS R)

Further to my earlier post in Sept 2018 I have had time to reflect on what equipment I have and the various findings published over the last few month about the Sony, Canon and Nikon mirrorless cameras when compared to similar pro-consumer DSLRs. I believe that camera basically fall into two categories – still photography such as landscape, portrait, studio work and action photography such as sports and wildlife (I am ignoring video for now and don’t have enough experience to comment on the more esoteric manufacturers such as Phase1, Fuji, Olympus, Panasonic) so my thoughts are on the three mainstream manufactures :

I have also made some effort to research and reflect on the three manufactures in relation to landscape photography as I am just back from Death Valley (shots here) where the three stills bodies were used with similar focal length lenses by various photographers on the trip.

Death Valley reinforced my belief that for landscape (or anything thats not action  photography)  it’s really not about the camera, it’s about the photographer.  Lenses did make some difference,  but shooting style, landscape photo techniques, ease of use, imagination and ability to post process seemed to be more influential on quality than the body or some new gadget.   For landscapes,  most good cameras such as the Nikon D850, Canon 5d IV, Sony A7R III  all give about the same really great results.  Perhaps in the future I will laugh at this, but right now I feel “really great is good enough”.  So the key criteria for success for landscape/stills type photography in my opinion are:

What I wish I had brought and didn’t:

So here are my conclusions for Landscape/still photography:

The following  is the first portion of the this article I produced when the Canon R came out in Sept 2018.

I have decided not to purchase the first version of the Canon R series body as it doesn’t seem to be enough of an improvement over  the image quality of the canon cameras I already own such as  5D IV, 5DSR or 1dx II.  Here’s why:

So Canon has positioned this version of the “R” camera as a mid range, mid priced , mid quality camera – similar to the 5d IV which I already own (in some ways a bit better, in many ways a bit worse).   For me, EOS R would be a landscape type of camera that wouldn’t live up to the 5dSR (in terms of resolution, which I already own and understand).  It doesn’t compete with the Canon 1 DX (top of range – which I already own) so its not worth comparing it to a an action camera (in my case wildlife) since it simply isn’t an action camera by any measurement (slow frame rate, slow focus).

So no benefit purchasing for me at least not now.  Version two perhaps.